On Sunday, May 28 2017, members of the West Hills NC and the West Hills Sunshine Club joined forces to decorate the WHNC float for the Canoga Park-West Hills Chamber of Commerce's 2017 Memorial Day Parade. Rolling up our sleeves, we got to work and transformed a seemingly ordinary truck, which graciously donated to us by Galpin Ford, to something truly amazing. Thank you again to all those who came out, including former West Hills NC board member Esperanza Butler from the West Hills Sunshine Club, for making our float one of the best at the Memorial Day parade.(Photo Credit: Daniel Brin & Esperanza Butler) 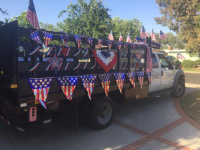 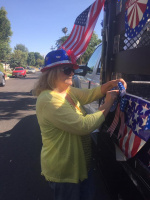 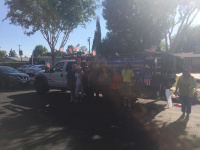 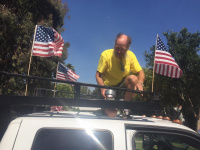